To a Billion and Beyond: How Glide is Building the Next Generation of Software Developers

What makes Glide the best tool for no-code app development and why we’re shooting for the moon to empower a new generation of software developers. 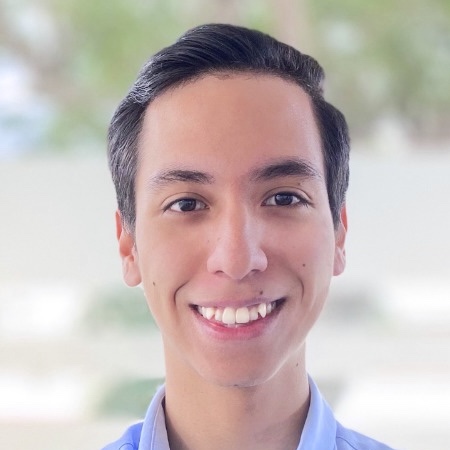 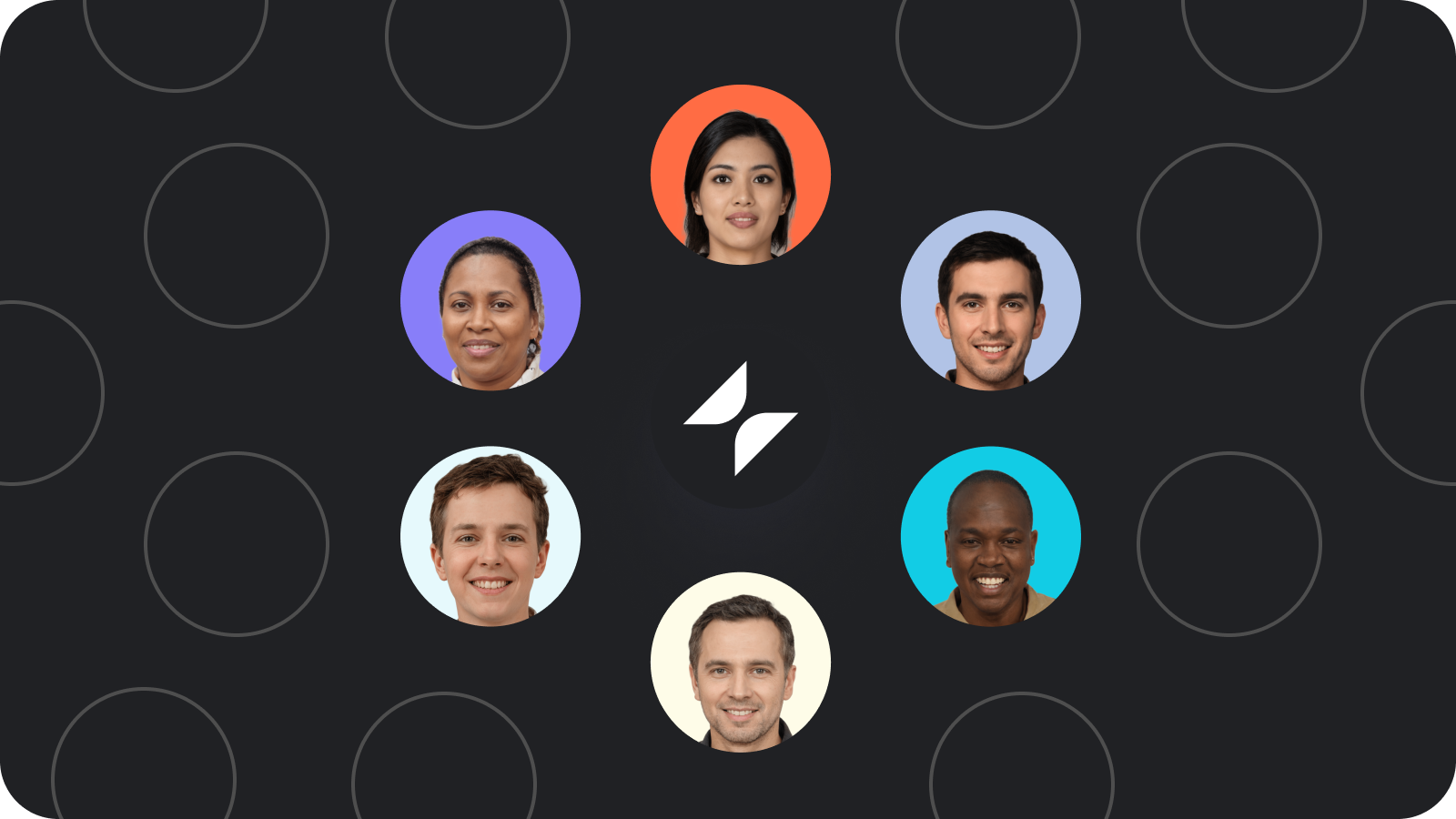 We built Glide for the office managers of the world.

We built Glide for the property managers of the world.

We built Glide for you — and a billion others just like you.

Glide is on a mission to empower a billion new no-code software developers, and power a great majority of the apps all over the world, by 2030.

How is it possible for Glide to do that — and why such a lofty goal?

Let’s break down what makes Glide the best tool for app building and why we’re shooting for the moon when it comes to empowering a unique new generation of software developers.

A no-code app development platform enables its users to create custom software via an easy-to-use interface, instead of writing code in PHP, JavaScript, or other traditional development languages.

Glide is one such no-code app development program that makes it easy for people with no coding knowledge — and just a little technical savvy — to build their own mobile and web apps as well as web pages.

With Glide, creating an app is as easy as combining your existing data source, be it an Excel or Google spreadsheet or an Airtable table, with one of our pre-designed templates. Inside Glide’s customization dashboard is where the magic happens. Drag-and-drop functionality and intuitive fields make it easy to build out each element of your app, design a totally on-brand look, and create the settings that ensure your app is secure yet available to the right people in your organization.

You, the sales team leader at work, the planner who hosted that event you just attended, the owner of that small shop you love to frequent — Glide is for every unstoppable genius who needs to manage life and business in an increasingly digital world.

At Glide, we’re of the opinion that software is the greatest tool we’ve yet developed as humans. Sure, it can solve business problems — but it can also solve life problems. It can solve world problems.

Simply put, we believe in software and we believe in people. Glide bridges the gap between the two. Currently, less than 1% of people in the world can code in a traditional sense. Glide and other no-code platforms put software development in the hands of all people to enable them to improve their businesses, their lives, and the world around them.

Who Does Glide Serve Best?

You might find yourself saying, “I can’t think of a single reason why I’d need an app!”

The apps that people build with Glide aren’t quite the same as the apps you see when scrolling through an app store.

Typically, Glide users create what we’ve started calling “dark apps” because they aren’t meant to be released to the public via an app store.

Glide users build apps that handle highly-specific functions for highly-specific audiences, such as employee directories for their HR teams, task managers for their team leads, inventory trackers for their sales professionals, and beyond. Glide apps deliver invaluable, niche functionality in the “cracks” between what major off-the-shelf solutions offer.

Let’s see some real-life examples of the businesses that have enjoyed success with Glide.

Kelly Consuegra, HR director at North Carolina-based Marves Industries, adopted Glide to create a centralized platform that would allow them to communicate with all 100 of their manufacturing line employees efficiently.

“We wanted an app for scheduling, announcements, and HR communication,” said Kelly. “We were amazed at how easy it was to develop our app in a few hours without knowing any programming code and how effective it's been in modernizing our workflow.”

Marin County Sheriff's Office used Glide to create a suite of apps that helped them handle their employee directory, emergency services, and crime-related tips from the public.

“Glide’s simple and intuitive user interface has allowed us to reach out to the communities we serve in a manner that was previously unreachable due to excessive costs and technological resource limitations,” said (now retired) Sergeant Fred Marziano.

The St. Louis-based leasing agency CityWide Apartments runs most of its operations via spreadsheets, like so many businesses do. Before Glide, their team struggled to work with the spreadsheets they needed to access regularly from their mobile devices.

“As the largest leasing agency in [our] market, our sales team was accessing multiple spreadsheets from their cell phones. This was cumbersome,” said Aaron Griffing, their IT manager at the time. “We now have a Glide app with a beautiful and branded interface … it’s become the most-used app on our sales team’s phones!”

We’ll be the first to admit there are other no-code app development builders on the market. In fact, you can even read our thoughts on many of them here, here, and here.

This abundance of options has made us extra attentive to building Glide with some core features we felt were missing in the space.

Launch an App in Hours with Nothing But a Spreadsheet — Really

No need to hop on an onboarding call, attend training sessions with a developer, or wait days to get your app live.

With Glide, you really can sign up, import a spreadsheet, customize your app, launch it, and share it all within a few hours.

What are the main factors keeping you from hiring a traditional developer, or an agency, to build you a custom app? After the time and effort it requires on your part, there’s the financial burden.

Custom traditional apps can easily cost $100K or more. If you don’t have the time or resources to support that kind of project, Glide pricing will be music to your ears.

No Sacrifices When It Comes to Customization and Capabilities

Many no-code platforms “dumb down” the software they build to make it easier and/or faster for users.

Just because you’re building software without traditional code doesn’t mean you should have to skimp on the looks and functionality. Glide apps feature all the modern touches you could ask for, from delightful interfaces to search, chat functionality, and many more powerful capabilities.

Update Your Glide App and Data in Real-Time

With Glide, there are no previews, no simulations, and no losing hours of work because you forgot to hit the save button.

Whether you’re refreshing your app design or you’re updating the info inside your app with our data editor, everything you do in Glide saves instantly and displays in real-time — just like the modern spreadsheet programs you’re used to.

Once your Glide app is live, you can instantly share it with anyone who needs to use it via a link. Want to give several people access to make changes to your app? You can do that, too, with our robust settings that allow you to pinpoint who gets what level of access.

Glide is Actually a Delight to Use!

Last but certainly not least is the fact that we made Glide a pure delight to use.

While we’re all about powerful functionality, we’re also obsessed with making Glide fun to use.

Learning how to build your own software should be an uplifting experience. Glide’s features are fun to explore, making it pleasant to use whether you’re customizing your app’s functionality or you’re using it to manage tasks, personnel, inventory, etc. on a daily basis.

Glide co-founders David Siegel, Jason Smith, Mark Probst, and Antonio Garcia met when working together at Xamarin, a mobile development company that was acquired by Microsoft.

Since our foundation in 2018, we’ve completed the Y Combinator Winter 2019 class and raised over $3M from First Round Capital, Idealab, SV Angel, the CEOs of GitHub and Figma, and more. We’re thankful for a community that has rallied to help us create the best productivity tool since spreadsheets hit the scene.

And then, of course, there’s the most critical part of Glide — you, the Gliders.

Apps built on Glide’s platform are already being used by over a million people. And when you consider that billions of people across the world are already using spreadsheets to manage their data in a low-tech way, our goal of creating a billion Glide app developers in just under a decade doesn’t seem so far-fetched, does it?

When talking about our future, it’s important that we start by saying our roadmap is driven by Gliders. Most of our new features are based on what we see and hear from our user community.

But in addition to that, our research and experimentation arm is working on some exciting projects that will propel Glide, as well as the no-code app development community, forward.

Right now, our discoverable computations project is developing ways to turn the act of using Glide into a guide to getting better at Glide. With this project, we’ll take usability to a whole new level.

And, with our AI generator research project, we’re developing a program that uses artificial intelligence to turn a simple prompt into a Glide app.

Our team has also created a number of open source projects that empower the development community, including our React data grid project and quicktype for converting JSON into typesafe code.

We Can’t Wait to See How You Glide

We’re stoked to see what you — all billion of you — create with Glide.

Sign up now to start Gliding for free, and check out our roster of learn to Glide videos for more guidance on building your own fully-featured, no-code software.

If you’re a developer looking to make a business out of building Glide-based apps for your clients, we have a whole program to turn you into a Glide expert.

Sign up with Glide and become one of the billion.

Event Apps: 19 Tools to Help You Host the Perfect Event

A Complete Guide to Mobile App Benefits and Use Cases: 6 Examples