Today, we have some exciting news to share about our progress, a few customer stories, a new Pro product, and a powerful new feature inspired by spreadsheets. 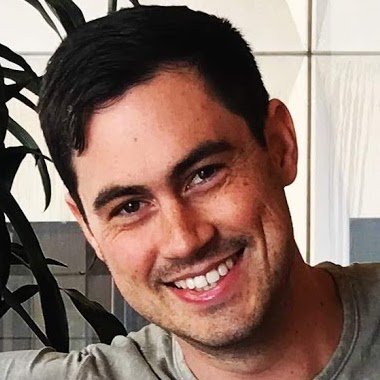 We debuted Glide nine months ago, and have been blown away by the apps people have created so far. From sports teams to doctors, from politicians to protestors, from students to seniors, it’s amazing to hear from people who never thought they’d build an app. Today, we have some exciting news to share about our progress, a few customer stories, a new Pro product, and a powerful new feature inspired by spreadsheets.

As a reminder, Glide makes it easy for anyone to build apps without code, using basic spreadsheet skills. Pick a spreadsheet, and Glide creates a great-looking, easy-to-use mobile app to display and edit its data. You can share Glide apps instantly with a link, and apps update as your spreadsheet changes. Glide apps behave just like any other app, enhancing spreadsheet data with essential mobile features like chat, comments, search, and familiar layouts.

Tens of thousands of people who aren’t programmers—we refer to them as “non-technical software developers”—have built Glide apps for their businesses, teams, schools, churches, social groups, and even for their families. These apps have now reached over a million users.

“I’m not a developer—why would I make an app?” you might wonder. We know how strange the idea sounds—the idea that “normal people” who aren’t software developers would build apps. When you browse the App Store, perhaps none of the apps strike you as apps you would make, even if you could.

We feel the same way! Glide apps are quite different from App Store apps—they are often special-purpose apps, shared privately within a group or organization. We call these apps “dark apps” because they do not see the “light” of public app stores.

Examples of dark apps built with Glide include employee directories, conference apps, concierge apps for VIPs, apps for political campaigns, and even an app built by a sheriff to catch a thief—all used by a limited audience or for a limited time. Like spreadsheets, dark apps are fit-to-purpose, filling the cracks where off-the-shelf solutions cannot. For example, one popular Glide app was just a list of five phone numbers that could be dialed with a tap. This particular app has no place in the App Store, but for any given company, it could be invaluable on employees’ phones.

For example, Marves Industries, a manufacturing company in Hildebran, North Carolina, has around 100 employees on their manufacturing lines. Kelly Consuegra, their HR Director, was looking for a better way to connect and communicate with everyone. “We wanted an app for scheduling, announcements, and HR communication,” she said. “We were amazed at how easy it was to develop our app in a few hours without knowing any programming code and how effective it's been in modernizing our workflow.

‍CityWide Apartments, the number one leasing agency in the St. Louis area, runs its operations on spreadsheets, as many businesses do. “As the largest leasing agency in [our] market, our sales team was accessing multiple spreadsheets from their cell phones. This was cumbersome,” remembered Aaron Griffing, IT Manager. Today it’s all accessible from a single Glide app on their phones. “We now have a Glide app with a beautiful and branded interface... it’s become the most-used app on our sales team’s phones!”

We loved hearing from the Marin County Sheriff’s office, which has become a surprising hotbed of mobile innovation. They’ve used Glide to create an employee directory, an emergency services app for the public, and even apps for the community to submit crime-solving tips (unfortunately a prolific bike thief is still at large). Sergeant Fred Marziano, quickly became a fan: “Glide’s simple and intuitive user interface has allowed us to reach out to the communities we serve in a manner that was previously unreachable due to excessive costs and technological resource limitations.”

Today we’re launching Glide Pro for customers who need even more from their apps. Glide Pro apps can handle more rows of data, authenticate private users, and store more files in the cloud, all for $19/month per app. This is a precipitous discount on traditional app development, which often costs well over $100k per app. Glide remains free for basic apps and you can learn more at glideapps.com/pro.

Our big bet: The Data Editor

The key insight behind Glide is that the vast majority of apps can be created without code by building on top of the most popular no-code software-creation tool of all time: spreadsheets. There are estimated to be over a billion spreadsheet users worldwide, dwarfing the popularity of the world’s most popular programming languages.

Today we’re announcing Glide’s Data Editor, a spreadsheet-like interface within Glide that displays your app’s data and adds special columns that perform calculations normally requiring custom code or arcane formulas. The Data Editor allows anyone with a basic understanding of spreadsheets—and we mean basic—to create beautiful, useful apps that display, organize, edit, and react to information in sophisticated ways, without writing a single line of code.

For example, if you want your CRM app to send personalized emails to your customers, you can use the Data Editor’s Template column to merge customer data into a message template, then connect the message to an email action in your Glide app. All without writing code or formulas.

To build on our momentum, we’ve raised $3.6M from First Round Capital, Idealab, SV Angel, the CEOs of GitHub and Figma, and others to make Glide the greatest productivity tool since spreadsheets. Our focus in the coming months will be helping customers bring Glide to work with features that allow teams to collaborate on apps and discover apps made by colleagues. We will also continue to improve the experience of using apps built with Glide, so that even if your apps are made for work, they won’t have to feel like it 😉

Create an Expense Tracker with Excel and Glide

How to Manage an Inventory Using Mobile Apps and Software Automation